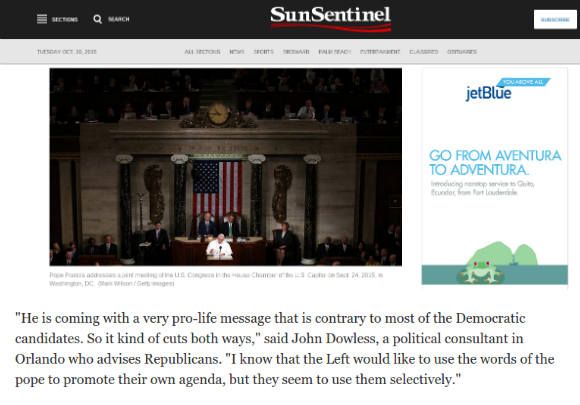 Republicans also noted that the pope is aligned with their position on some issues, notably the church’s long-standing opposition to “the sin of abortion.”

“He is coming with a very pro-life message that is contrary to most of the Democratic candidates. So it kind of cuts both ways,” said John Dowless, a political consultant in Orlando who advises Republicans. “I know that the Left would like to use the words of the pope to promote their own agenda, but they seem to use them selectively.”